A new study has found that about 20 million jobs are at risk in Africa due to the impact of the coronavirus pandemic which continues to spread rapidly around the globe. 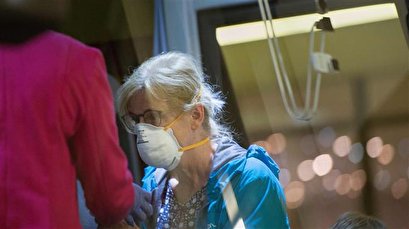 Nearly 20 million jobs, both in the formal and informal sectors, are threatened with destruction on the continent if the situation continues," according to an African Union (AU) study.

The AU researchers said under a realistic scenario, Africa's economy will shrink 0.8%, while under a pessimistic scenario there would be a 1.1% dip.

African governments could lose up to 20 to 30% of their fiscal revenue, estimated at 500 billion in 2019, the study found.

Meanwhile, exports and imports are projected to drop at least 35% from 2019 levels, incurring a loss in the value of trade of around $270 billion.

Africa's oil producers will be among the worst hit, with Nigeria and Angola alone losing $65 billion in income.

African oil exporters are expected to see their budget deficits double this year while their economies shrink 3% on average.

Countries where tourism constitutes a large part of GDP will see their economies contract by an average of 3.3% this year.

"Under the average scenario, the tourism and travel sector in Africa could lose at least $50 billion due to the covid-19 pandemic and at least 2 million direct and indirect jobs," the AU study said.

"With economic activity in the doldrums in many advanced and emerging market countries, remittances to Africa could experience significant declines," it added.

The novel coronavirus, known as COVID-19, is believed to have been emerged first in the central Chinese city of Wuhan late last year and is now spreading across the globe.