Coronavirus pandemic continues to sweep across globe: Death toll near 70,000

The global death toll from the coronavirus pandemic has now reached 69,498, and 1,275,542 people are diagnosed with the viral infection around the globe, according to data collected by Johns Hopkins University. 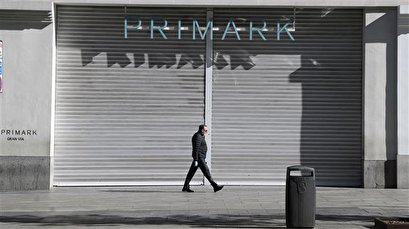 The pandemic has also prompted many countries to ban large gatherings and enforce obligatory social distancing, confining billions of people to their homes and making it impossible for many businesses to continue.

Here are the latest related developments from across the globe.

“The data from this week and today confirms the slowing down of infections,” Health Minister Salvador Illa told a news conference. “The data confirms that confinement is working.”

Meanwhile, government ministers warned that it was too early to say when the country could start lifting its lockdown on public life.

Spain began its fourth week under a near-total lockdown on Monday.

Italy, the worst-hit country in the world, reported its lowest daily death toll in more than two weeks on Sunday.

Health officials reported 525 deaths from the disease on Sunday, which was the smallest daily increase since the epidemic broke out in northern Italy about six weeks ago.

The number of patients in badly stretched intensive care units also fell for a second day running on Sunday.