Rees-Mogg firm accused of cashing in on coronavirus crisis

Somerset Capital Management (SCM), an investment firm, co-founded and partly owned by the UK government minister Jacob Rees-Mogg, told clients that the dive in stock market valuations around the world since the pandemic took hold had made “excellent entry points for investors”. 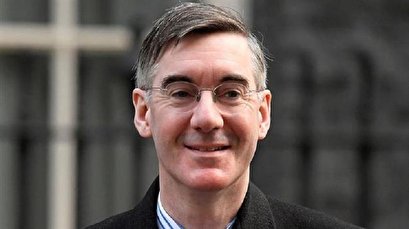 “Market dislocations of this magnitude happen rarely, perhaps once or twice in a generation, and have historically provided excellent entry points for investors,” SCM fund manager Mark Asquith wrote in a note to clients.

“History has shown us that super normal returns can be made during this type of environment.”

Rees-Mogg, who continues to enjoy a 15% stake in SCM, despite having stepped back from day-to-day work at the firm when he became an MP in 2010 and quitting his role as part-time adviser when he became a minister in 2019, is reported to have received about £1m from the business last year.

The firm said assets in Latin America, Europe, the Middle East and Asia were cheap following the recent heavy falls in global stock markets. Asquith noted that in the 12 months following the 2008 global financial crisis, the value of smaller companies in emerging markets rose more than 150%, with some Brazilian firms surging by about 500% within two years.

The company said it has recently taken advantage of the downturn to invest in Hapvida, a Brazilian medical insurer and hospital operator; Advantech, a firm behind technology used in China to monitor the temperatures of people in public places during the pandemic; and the South African pharmacy chain Clicks.