Gunmen have assassinated a member of the Lebanese resistance movement Hezbollah in southern Lebanon. 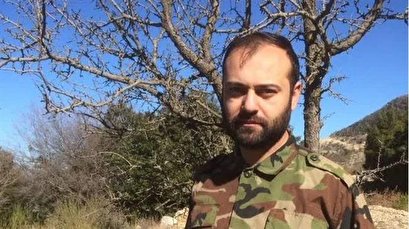 Two Lebanese security officials, who spoke on condition of anonymity, told the Associated Press that Ali Mohammed Younes was found dead next to his car near the city of Nabatiyeh in southern Lebanon on Saturday evening.

One of the security officials said Younes was shot with four bullets in the chest and had at least two stab wounds. They added that an investigation has been launched into the incident.

Lebanon's state-run National News Agency reported that a suspect was arrested shortly after the killing on Saturday.

Younes was reportedly in charge of tracking collaborators with Israel, and spies. Hezbollah published an obituary of Younes describing him as a martyr, in reference that he was killed by Israel's Mossad spy agency.

The assassination followed the smuggling of Amer al-Fakhoury, an Israeli operative, by the US military out of Lebanon. The move was condemned by Hezbollah chief Sayyed Hassan Nasrallah last month as clear violation of Lebanon’s sovereignty.