Saudi expects virus cases to spike to up to 200,000: Minister

Saudi Arabia's health minister on Tuesday warned of a huge spike in coronavirus cases of up to 200,000 within weeks, state media reported. 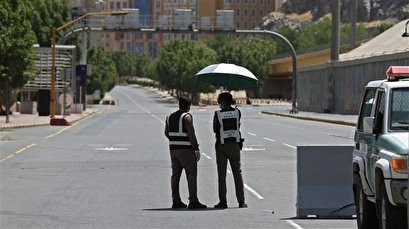 The warning comes a day after the kingdom extended the duration of daily curfews in multiple cities, including the capital Riyadh, to 24 hours in a bid to limit the spread of the deadly virus.

"Within the next few weeks, studies predict the number of infections will range from a minimum of 10,000 to a maximum of 200,000," the official Saudi Press Agency reported, citing health minister Tawfiq al-Rabiah.

Rabiah, who warned the kingdom faces a "critical moment" in the fight against the virus, said the projection was based on four studies by Saudi and international experts.

Saudi Arabia has so far reported a total of 2,795 infections and 41 deaths from the disease, according to the latest tally released by the health ministry on Tuesday.

The kingdom, which has reported the highest number of infections in the Gulf, is scrambling to limit the spread of the disease at home.

Saudi Arabia on Monday announced round-the-clock lockdowns on the cities of Riyadh, Tabuk, Dammam, Dhahran and Hofuf, according to the interior ministry.