Trip that led to US Navy chief resignation cost $243K

The USS Theodore Roosevelt’s trip to Guam cost the Defense Department an estimated $243,000 before leading to resignation by Thomas Modly as the acting US Navy secretary. 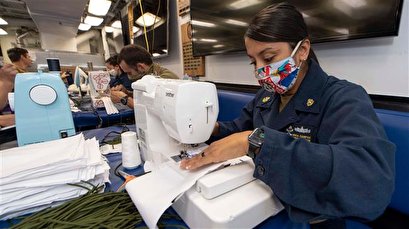 Multiple reports on Wednesday pointed to the figure in the wake of the aircraft carrier coronavirus crisis.

Chief of Naval Operations Admiral Mike Gilday also released a statement saying that the navy needed to move forward after the resignation.

"The events of the past week have been difficult for our Navy and our nation. We will learn from them. But make no mistake, we are moving forward," Gilday said in the statement.

Modly resigned after transcripts and audio of an inflammatory speech he gave on the Roosevelt also leaked to the media.

"First, our health and safety. Second, ongoing fleet operations and our support to the coronavirus effort. Third, continuing to generate the enormous amount of support required to keep #1 and #2 on track," Gilday said. "I know much of that effort is behind the scenes and out of the limelight – but every bit of it is critical."