A senior leader of the Palestinian Hamas resistance movement says the movement is determined to secure the freedom of Palestinian prisoners from Israeli jails in a swap deal with the Israeli regime. 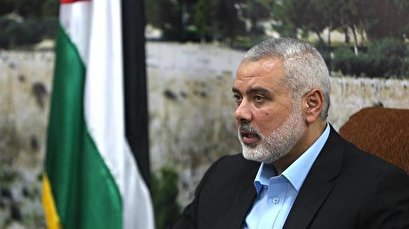 Ismail Haniyeh, the head of Hamas’ political bureau, made the remarks in a telephone conversation with Mikhail Bogdanov, the Russian deputy foreign minister, on Wednesday, saying that the prisoner swap would be made only if the Israeli side complied with the movement’s demands.

But he did not give details about his movement’s conditions for the swap and did not say when the deal would be discussed with Israeli officials.

A day earlier, Israeli Prime Minister Benjamin Netanyahu’s office had said that the regime was interested in “immediate” indirect prisoner exchange negotiations with Hamas, which runs the besieged Gaza Strip.

Netanyahu’s office said an exchange sought to enable the release of two Israelis and the remains of two soldiers that were reportedly held by Hamas. The two Israeli soldiers were killed during Israel’s 2014 war on Gaza, which killed 2,310 Palestinians.

Israel keeps thousands of Palestinians behind bars in dire conditions even despite the new coronavirus outbreak, which has seen many international rights organizations campaigning for the release of the inmates amid the pandemic.