China has reported 63 new cases of infection with the new coronavirus, up by one case from its last daily tally. 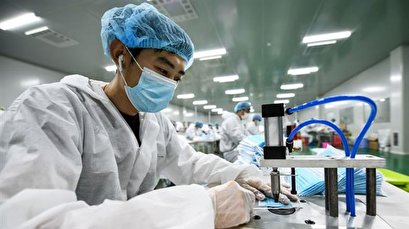 China’s National Health Commission said on Thursday that the mainland had confirmed 63 new cases on Wednesday, up from 62 the day before.

Of the new infections, 61 involved travelers arriving from overseas, according to the commission.

The latest figures brought the total number of confirmed cases in China to 81,865.

Thursday marked the second straight day that China reported an increase in its new coronavirus cases, with the number of infections involving incoming travelers hitting a two-week high.

The new coronavirus, which causes a respiratory disease known as COVID-19, emerged in the city of Wuhan in December last year, incrementally affecting the rest of the world.

The virus has so far infected 1,518,719 people worldwide, and over 88,500 have died, according to a running count by worldometers.info.

The coronavirus has also wreaked havoc on the global economy as many countries have adopted severe measures to contain the outbreak, including imposing lockdowns and closing businesses and borders, as well as limiting public gatherings.

The world economy is expected to see a sharp downturn, and several countries could plunge into recession this year.

Chinese authorities have urged people to stay vigilant amid concerns of a second wave of infection in the country. This is while infections have fallen from their peak in February after China locked down several cities and imposed strict travel restrictions.

On Monday, China reported no coronavirus deaths for the first time since the outbreak began and a drop in new cases, but a northern town started restricting the movement of its residents amid concerns of a second wave of infections in the country.