Iran’s Foreign Ministry spokesman has deplores a decision by Hungary to expel 17 Iranian students for allegedly violating standing “sanitary protocols,” saying those targeted by the move had, in fact, protested hazardous health conditions at a Budapest hospital. 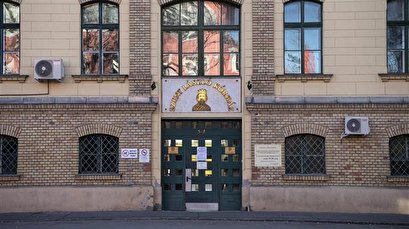 Speaking in an exclusive interview with ISNA news agency on Thursday, Abbas Mousavi called the decision “deeply regrettable” and the allegation used to justify it “inexcusable."

The European country claims that the students have broken the protocols put in place to prevent the spread of the new coronavirus.

“What Hungarian officials refer to as violation of the sanitary protocols is the students’ protesting unsuitable lockdown conditions at the hospital, where the infected had been quarantined alongside healthy people,” Mousavi said.

Hungarian authorities, however, pointed the finger of blame at Iranian students, expelling three of them before taking the move against 14 more without paying attention to the fact that the health protocols had, in fact, been violated by the Budapest hospital, the official reported.

The trio, who were expelled during the first bout, were taken to a refugee camp and were being kept there in squalid conditions, he said.

However, the Islamic Republic’s Embassy later facilitated their return to Iran for fear of being infected with the virus at the request of their families, Mousavi said.