The Israeli military has threatened to strike the positions in Syria of the Lebanese Hezbollah resistance movement, days after assassinating a senior member of the group in southern Lebanon. 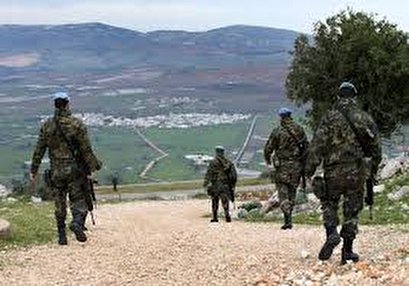 The footage, which was filmed from a distance, showed individuals wearing military fatigues greeting a man with military salutes and shaking hands with him in an open area.

“Our message: We see you. Consider this a warning,” the caption further read. “We won't allow Hezbollah to entrench itself militarily in Syria.”

It was unclear who had captured the footage, or whether it was of Assad visiting Hezbollah members in Syria.

Syria has been fighting foreign-backed militants since 2011. While that fight has been winding down, the country has also had to combat Daesh terrorists in Syrian territory, including near the Lebanese border. Hezbollah has dispatched fighters to help the Syrian military eradicate the terrorists and has prevented the spillover of terrorist activity into Lebanon.

The Israeli regime has, meanwhile, frequently conducted airstrikes against positions in Syria. While the Tel Aviv regime has often refused to confirm or deny specific strikes, it has claimed that it has been hitting Hezbollah forces in Syria.