US offers massive reward for info on Hezbollah cmdr.

The US State Department offers a $10-million reward for information on a senior commander of the Lebanese resistance movement of Hezbollah in what is feared to be Washington’s attempt at trying its hand at another assassination bid. 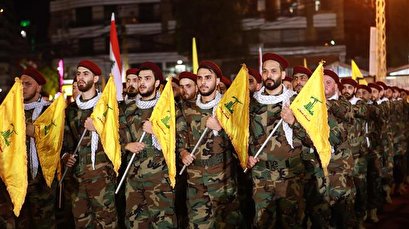 In a Friday statement, the State Department put out a call for “any information on the activities, networks, and associates” of the official, which it named as Muhammad Kawtharani.

The State Department claimed that the Hezbollah official participated in "training, funding, political and logistical support" of counter-terrorism fighters in Iraq.

It claimed that Kawtharani “has taken over some of the political coordination” of the fighters that were “formerly organized by Qassem Soleimani."

On January 3, a US drone strike assassinated Lieutenant General Qassem Soleimani, the commander of the Quds Force of Iran’s Islamic Revolution Guards Corps (IRGC), Abu Mahdi al-Muhandis, the second-in-command of Iraq’s Popular Mobilization Units (PMU) or Hashd al-Sha’abi, and a number of others, targeting their vehicle in Baghdad. At the time of the attack, General Soleimani was on an official trip in the Iraqi capital at Baghdad’s request.

The IRGC retaliated against the assassination by launching volleys of ballistic missiles against the US’s Ain al-Assad military base in the western Iraqi province of al-Anbar, and another outpost housing American forces in the Arab country’s north.