A group of 13 US senators from oil producing states have threatened to take measures against Saudi Arabia for continuing a crude price war with Russia that has damaged US producers. 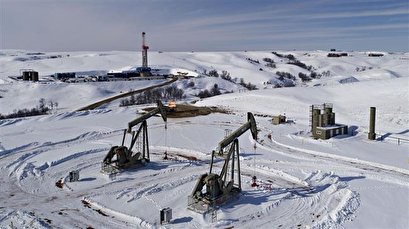 he senators called Saudi Ambassador to the US Princess Reema Bint Bandar Al Saud last month and said that they would “not only reevaluate, but take actions” regarding relations with the kingdom.

"We are going to fundamentally, not only reevaluate, but take actions that will start to undermine the long term relationship that many of us have supported," Senator Dan Sullivan of Alaska told CNN as he described the messages delivered to the Saudi envoy during the telephone conversations.

Oil prices have declined by over 59 percent due to a Saudi-Russia feud and a sharp drop in demand over the coronavirus pandemic.

Riyadh and Moscow are competing for market share by flooding the market with oil amid a global fight against the coronavirus which imposed lockdowns, curbed economic activity, grounded planes, and cut vehicle usage.

The decline in oil prices threatens heavily-leveraged American oil companies, in particular ailing shale oil companies, with bankruptcies and layoffs at the current critical time when the highly contagious disease increases unemployment in the US.

The US senators say they are ready to act against Saudi Arabia amid the oil row. They have reportedly introduced legislation to remove US forces from the kingdom while discussing sanctions if the Riyadh regime does not help find a solution to the crude crisis.

"We're not bluffing,” Sullivan said. "Not even remotely."

During the call, the Saudi ambassador reportedly tried to keep it short and deliver talking points.

"I said ambassador, with all due respect, I don't want to hear any talking points from you until you hear from all, I think there's 11 or 12 on the call," Sullivan pointed out.

"At the end if you still feel the need to provide us with your talking points that is fine. But I organized this call so you could hear the anger from the voices of senators who have traditionally supported the US-Saudi relationship."

The US senators further explained to Princess Reema that losing their support would result in the kingdom losing its lifeline on Capitol Hill and anti-Saudi legislation flourishing even more.

"Texas is mad," a source who was on the call quoted Senator Ted Cruz as saying.