An Iranian biomedicine company has started mass production of serological test kits in the time of the new coronavirus pandemic. 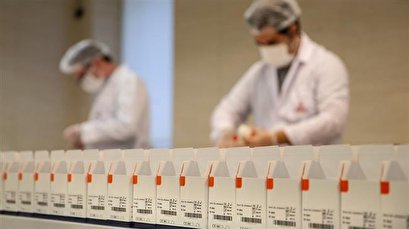 The kits are used to detect the rate of immunity against infections in various groups of population.

Iran’s Deputy President for Scientific Affairs Sorena Sattari opened the production line for the diagnostics on Saturday in a factory run by the Pishtaz Teb Co. located to the west of the capital Tehran.

Sattari said Pishtaz Teb would help Iran end imports of serological testing kits as the company is set to produce eight million on a monthly basis.

He said the diagnostics produced in Iran would be capable of testing close to 100 individuals in a matter of 75 minutes, a feature which, he said, was quite rare in rival kits produced overseas.

Health authorities employ the serological test to determine whether or not groups of population, including vulnerable individuals and health staff at the frontline of fighting a pandemic, have developed enough antibodies to maintain immunity.