US steps up intrusion as Iraq's new PM seeks to form govt.

Iraq's Prime Minister-designate Mustafa al-Kadhimi has been trying to set up a new cabinet amid public calls for social welfare and the withdrawal of US occupation forces from the Arab country. 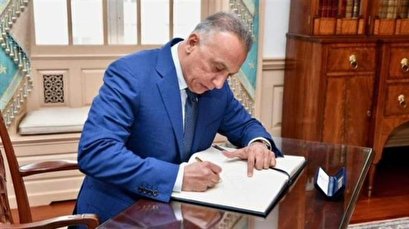 Kadhimi, director of Iraq's National Intelligence Service, met with top members of the outgoing government on Saturday in a bid to put together his cabinet and bring an end to a long-lasting power vacuum.

On Thursday, President Barham Salih named Kadhimi, who enjoys support from the country's political establishment, as prime minister-designate and tasked him with forming a new government in a month.

He was the third person tapped for the job in just 10 weeks after the former nominee Adnan al-Zurfi withdrew his bid.

Iran welcomed Kadhimi’s nomination for the Iraqi premiership, calling the move a step in the right direction.