The Afghan Taliban militant group has reportedly held talks with US officials in the Qatari capital, Doha, to discuss a prisoner release dispute. 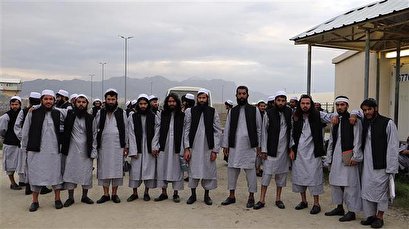 They discussed the “complete implementation” of a US-Taliban deal signed in late February for a phased US troop withdrawal “as well as delay in the release of prisoners” by the Afghan government, spokesman Suhail Shaheen said on Twitter.

He said that “violations of the agreement and other issues and ways of their solutions were also discussed.”

Last week, the Taliban accused Washington of violating the accord by supporting Afghan security operations in some parts of the country. The militants said that such support could jeopardize the deal.

They also accused the Afghan government of delaying the release of prisoners envisaged under the agreement.

The Afghan government was kept out of the talks that led to the US-Taliban deal. And the militants have not stopped attacking government security forces.

Despite its exclusion, Kabul is required under the deal to release up to 5,000 Taliban prisoners. The militants are obliged to free 1,000 pro-government captives in return.

The Taliban have demanded the release of all the 5,000 detainees before they engage in a peace process with Kabul. Afghan President Ashraf Ghani has rejected that demand, ordering a phased release of 1,500 militant detainees instead.

Some 300 militants have been freed since Wednesday. And the Taliban have turned 20 government prisoners over to the International Committee of the Red Cross (ICRC) in Kandahar.