An Iranian tech company says it has designed and developed coronavirus testing kits meeting international standards in cooperation with a science-based firm in Turkey, and that the two are ready to produce one million of them per week to help speed up the detection of patients infected with COVID-19. 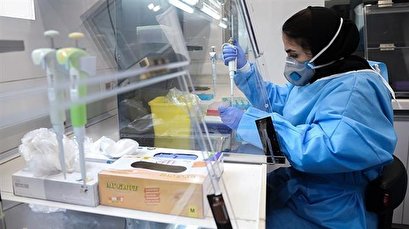 “Next week, samples of these kits will be presented to the Health Ministry, and once approved, the firm has the capacity to produce one million kits per week,” he added.

Abolhassani also explained that the firm under his watch was not able to directly obtain the raw chemicals it needed for the project due to the economic sanctions imposed on Iran by the United States, and only managed to get them from the Germany-based Merck KGaA pharmaceutical company via the Turkish company.

Now, the coronavirus testing kits are being produced in large numbers, he said, noting that the Turkish company has been receiving orders from the US, where it is in high demand due to the country’s large population.

“The mass production [of the testing kits] is underway in Turkey and in our country, once the Health Ministry gives the authorization, they will be labeled with the company’s own trademark and supplied domestically,” Abolhassani pointed out.

Iran has been the hardest hit Middle Eastern state by the highly contagious virus that first showed up in China in late December 2019 before spreading across the globe.

Illegal US sanctions have hampered the virus fight in Iran, which has confirmed 74,877 infections and 4,683 deaths since the outbreak was reported in the country in late February.

Turkey is the second hardest hit country in the Middle East recording 61,049 cases and a death toll of 1,296 so far.

In another development on Tuesday, a specialist in charge of the country’s plasma therapy project for COVID-19, which involves injecting antibody-rich plasma from coronavirus survivors into patients, said that the therapy had been launched in six provinces with the help of the Iranian Blood Transfusion Organization.

Dr. Hassan Abolghassemi emphasized that efforts were being directed toward expanding the plasma therapy, with the main center being Tehran’s Baghiyyatollah al-Azam Military Hospital, to other Iranian provinces.