An Egyptian police officer has been killed and three others have been wounded during a raid on the hideout of a Daesh-affiliated armed group in the capital Cairo. 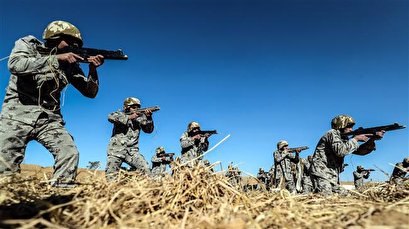 The Egyptian Interior Ministry said in a statement on Tuesday that the casualties took place in the al-Amiyira district in eastern Cairo, where the police exchanged fire with seven gunmen that had plans to carry out terror acts in the area.

The ministry received information "that there is a terrorist cell, whose elements embrace Takfiri ideology, using several areas as a shelter in eastern and southern Cairo as a starting point to carry out terrorist operations," the statement said.

The Egyptian police said all the seven gunmen were killed in the incident and that they had found explosives and weapons with the suspects.

The Egypt’s public prosecutor said a team of investigators had been dispatched to the scene of the attack.

The African country has been fighting long-running militancy in the northern part of the Sinai Peninsula, spearheaded by a group affiliated with the Takfiri Daesh terrorists.