US President Donald Trump has halted funding to the World Health Organization (WHO) as the new coronavirus pandemic continues to take a heavy toll across the globe, accusing the international body of mishandling the deadly flu-like pathogen. 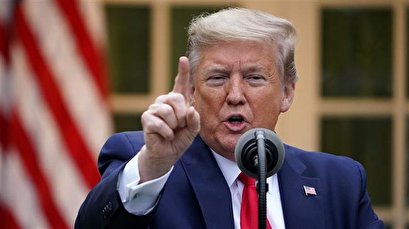 Trump said the government’s review of the Geneva-based agency would take somewhere between “60 to 90 days.”

In another virulent attack on the UN health agency on Tuesday, the US president claimed the agency had failed to disclose or respond to “credible” information in December that suggested the virus could be spread through human-to-human transmission.

Trump accused the WHO of siding with China and reliance on Chinese data, blaming it for “all sorts of false information about transmission and mortality” that was circulated amid initial reports.

US Secretary of State Mike Pompeo earlier said Washington sought to fundamentally change the UN health agency, claiming that the organization did not function very well during the Covid-19 outbreak.

The United States contributed $400 million to the WHO last year, roughly 15% of its budget.

The White House has been seeking to deflect criticism of its own sluggish response to the COVID-19 crisis by putting too much emphasis on the virus’s likely origins in China, with Trump and other US officials, including Secretary of State Mike Pompeo, referring to the coronavirus as the “Chinese virus.”

There have been nearly two million confirmed cases of infection across the world, with the death toll topping 120,000 on Tuesday.