Iraq’s Prime Minister-designate Mustafa al-Kadhimi has expressed his resolve to bring an end to any illegal presence of foreign boots on the ground in the Arab country, saying Baghdad will soon hold talks with Washington in this regard. 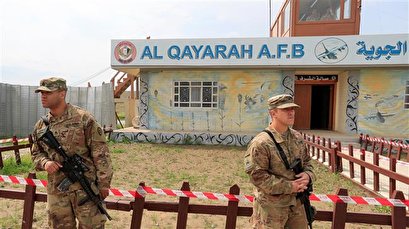 Speaking to Baghdad Today news website on Wednesday, Kadhimi said that he was “serious” about ending any manifestation of the illegal presence of foreign forces in Iraq.

He also noted that Baghdad would, in the near future, discuss with Washington the nature of its presence on Iraqi soil.

Iraq should not be used as a field to settle scores, he stressed, adding that he would pursue an open policy based on the principle of common interests in the foreign and Arab-Islamic spheres.

Kadhimi further underlined the need for de-escalation as a prerequisite for attracting investments and diversifying the oil-dependent economy.

On January 5, the Iraqi parliament voted for a resolution that called for an end to the presence of all foreign troops, including the Americans.

The vote came two days after the US military — acting on President Donald Trump’s order— launched a fatal drone strike on senior Iranian anti-terror commander Lieutenant General Qassem Soleimani upon his arrival in the Iraqi capital at the invitation of the Baghdad government.