The number of people infected with the novel coronavirus in the world has risen to more than two million, out of whom over 130,000 have died, but experts believe the figures understate the true toll of the contagion. 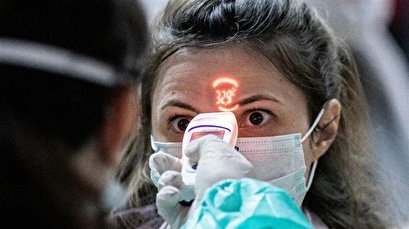 The death toll and number of infections have roughly doubled in 13 days and continue to grow steadily.

Some European countries like Germany think they have passed the peak of the disease and begin to take careful steps to lift restrictions imposed to slow the virus.

German Chancellor Angela Merkel on Wednesday announced first steps in undoing coronavirus lockdowns for the coming weeks, with most shops allowed to open although schools must stay closed until May 4.

Shops up to 800 square meters will be allowed to reopen once they have "plans to maintain hygiene", Merkel said, while schools will gradually reopen with priority given to pupils about to take exams.

However, outbreaks in many parts of the world are still considered far from their peaks.

In India, Prime Minister Narendra Modi has extended a nationwide lockdown for nearly three more weeks. The decision is going to leave more than one billion people under severe restrictions.

Deaths from thepandemic in Italy rose by 578 on Wednesday, down from 602 the day before, while the number of new cases slowed to 2,667 from a previous 2,972, continuing the recent downward trend.The number of new cases was the lowest since March 13, but the daily tally of deaths remains stubbornly high.

In France, the death toll increased to 17,000 on Wednesday, but the total number currently hospitalized fell for the first time since the epidemic began.