Post-Corona world; a new world with an injured body

Coronavirus will eventually leave us, but the scars of coronavirus and its aftermaths will remain on the body of the world, since the world’s present power structure is not powerful enough to heal this wound and make up for its huge consequences; this structure will naturally change and a new order will emerge. 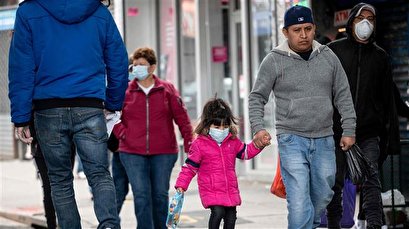 Hence, there will rise an opportunity to soothe the deeply-rooted pains of humanity. But, will this chance be taken properly, or we will once again miss this opportunity and history will repeat itself?

In future, the West, i.e. Europe and the US will grow weak on one hand, and Asia and China will grow stronger than the past, on the other. As a result, a huge part of the West’s economic power and superiority will move to the East. But the question is whether Asia and China will be able to first be as coherent as the West in the second half of the 20th century, and the rift between India and China will not widen. And second if they will be able to develop a philosophical and epistemological backup different from humanism and liberalism to rely on?

Will they be able to bring lost spirituality back to the human society alongside advances in artificial intelligence and quantum-based computers and 5G? Will they be able to develop an international economic system? Will the 21st century be witness to the superiority of the Asian and Eastern civilization? What opportunities and threats are there for the Iranian nation, establishment and Islamic Revolution, and what role can our nation and establishment play? These are important questions that require a state-level discussion. Meantime, there are crucial points that can be addressed in such a discussion:

Corona is a dangerous virus that infects lungs, troubles breathing and at times ends up in death, and as studies suggest, it will trigger a human tragedy as it will infect millions of people by June 2020.

This means that on one hand, there will be a health and medical tragedy, a great material loss that will squeeze the heart of humanity, requiring us to rush to aid our compatriots and, if possible, other people across the world in every possible way from prayers to national and international cooperation.

Corona, on the other hand, has unveiled another disease i.e. an “intrinsic, ideological and intellectual illness” of the present human civilization. “Western capitalism and liberalism” have tainted and darkened the conscience, spirit, mind and soul of the governments, societies and parties as well as human, social and political relations of the Western and Westernized societies, growing and expanding in clandestine and covert ways for years. There have been individuals, groups and movements who have stood up to the origins of this very illness and saved themselves, but not many, considering the size of the population afflicted.

This disease even spread to Islamic societies, including Iran. In Iran, it first opened up its way by means of military repression and hard power around a hundred years ago, and by means of beliefs and soft power in pursuing years to strongly influence the whole set of thoughts, notions, beliefs, lifestyle, and social bonds in such institutions as family and urban development.

But at the regional scale, since they believed hegemonic domination and soft power were not enough, they resorted to military force, built dozens of military bases, established the Quds occupying regime and developed vast influence in the political and administrative structure of the states to kill all options but Westernization, hence, blocked all roads to salvation.

This intrinsic ideological disease which is more dangerous than corona has more or less infiltrated most human societies in the last two or three centuries. Unfortunately, it has penetrated into Islamic countries, in the worst way possible. But the glamour of technology and advertisement has concealed this disease which is worse than corona. The symptoms of this disease come in abundant aspects, from the debt crisis and the indebtedness of future generations to war crimes, terror and unprecedented violence (which continues to be rampant in the world in these difficult times), to the collapse of morality and divine spirituality in Western and Westernized societies.

Today, people in the streets of Europe and the United States are crying out for help, but see no help. More than 60 percent of the people in industrialized and economically developed countries are distrustful of their governments’ actions. Why? People are helpless in the face of coronavirus because of man’s separation from God, atomization of societies and social disunity on one hand, and arrogance and tyranny of politicians and governments and the disappearance of human dignity on the other hand; all this has come to fruit “human loneliness.”

Without God and without spiritual bonds with others and with the presence of selfish and arrogant politicians, man has become a physical body void of any reality and identity, who just runs to make a living all day long. Unveiling and energizing this intrinsic disease in the West’s ego, coronavirus has now triggered deeply-rooted events in the Western world whose aspects might go increasingly vast in future.

One of the most important symptoms of the intrinsic and ideological disease of the Western and Westernized societies is human loneliness. These days, when all the people across the world are staying home, they come to notice this loneliness and its bitterness, developing self-awareness about this hidden disease; the social distancing necessitated for campaign against the coronavirus has pushed the world people to see another type of wide rift among themselves in their societies. In fact, coronavirus says stop complaining about me and do complain about the corona of a civilization that has atomized societies, broken up family foundations and separated you from your spirituality and truth.

People across the globe now are informed of the news on the corona crisis and find out more about themselves; fighting over a pack of toilet paper in the stores of one of the most industrialized countries, fighting for several onions packets at a market in one of the most prosperous countries, leaving the elderly patients unaccompanied in the hallways of hospitals, separating elderly patients from artificial ventilators and banning the operation of the life-saving device for the elderly at the hospitals of some countries, leaving the dead without a funeral procession, unknown graves and burials without any rituals display man’s loneliness more than anything else today.