US Republicans call for WHO chief to resign

Republican US lawmakers have thrown their weight behind President Donald Trump’s decision to halt funding to the World Health Organization (WHO), insisting that unless its director general resigns Washington should not resume payments to the international body. 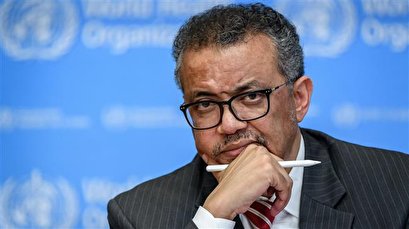 Trump announced his decision in a news briefing in Washington on Tuesday, accusing the WHO of mishandling the deadly coronavirus that has so far infected more than 2,170,000 and killed over 144,000 worldwide.

On Thursday, seventeen of Trump’s fellow Republicans on the House of Representatives Foreign Affairs Committee sent a letter to the president, voicing their support of his decision.

In their letter, they called on Trump to condition the resumption of contributions on the resignation of Director General Tedros Adhanom Ghebreyesus.

Trump has claimed the agency had failed to disclose or respond to “credible” information in December that suggested the virus could be spread through human-to-human transmission.

He also accused the WHO of siding with China and reliance on Chinese data, blaming it for “all sorts of false information about transmission and mortality” that was circulated amid initial reports.

The House Republicans said in the letter that they had no longer faith in Tedros, blaming the WHO and China for the extent of the current global health crisis.

“At times, the WHO is the only organization working on the ground in the worst places in the world, and the US should continue to support this important work,” said the letter, led by Representative Mike McCaul, the committee’s senior Republican.

“However, it is imperative that we act swiftly to ensure the impartiality, transparency, and legitimacy of this valuable institution,” the letter said.

Trump drew immediately condemnation from many world leaders and health experts, as well as US Democrats.

Tedros himself expressed regret over the US president's decision, saying, “This is a time for all of us to be united in our common struggle against a common threat.”