Iran on brink of containing virus in most provinces: Health Minister

Iran's Health Minister Saeed Namaki has said that Iran is on the brink of containing the COVID-19 outbreak in most of the country’s provinces. 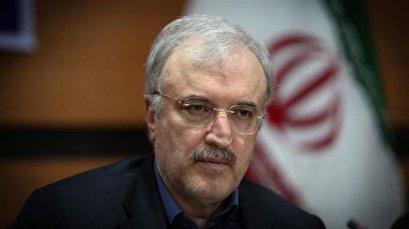 In a written statement published on Friday, Namaki said that Iran has been able to curb the outbreak using its own “successful model” despite lacking the financial and material support enjoyed by other countries.

“Despite circumstances arising of sanctions and economic warfare, no patient was left abandoned behind hospital doors and no patient lacked needed drugs and medical care during the peak of the virus across cities,” he added.

The health minister added that Iran’s virus response was developed on scientific models and years of past experience “eradicating infectious diseases such as malaria, tuberculosis, polio, measles, mumps and tetanus”.

Namaki added that the country was seeking to gradually reopen businesses as part of “smart distancing” program to reduce the economic impacts of US sanctions, and restrictive measures adopted to slow the virus spread.

He note that if the ministry concludes that the reopening of businesses is resulting in “any negative impact on managing the disease, we will swiftly demand a re-imposition of restrictions“.

Speaking about the gradual reopening of businesses amid the coronavirus pandemic earlier this month, Iranian Deputy Health Minister Iraj Harirchi said that the measures were necessary as Iran is “fighting both the coronavirus and sanctions”.

The sanctions, imposed on the country after President Donald Trump withdrew the US from the 2015 Iran nuclear deal in 2018, targeted much-need humanitarian aid and needed finances from reaching the country.

The bans come despite an International Court of Justice ruling banning Washington’s aid-related sanctions in 2018.

Numerous world leaders and figures, many within the US, have called on Washington to stop its unilateral sanctions against Iran as the country grapples with the virus.

In a tweet on Thursday, Iran’s Foreign Minister Mohammad Javad Zarif hailed China’s support for Iran and announced a joint condemnation against US sanctions against the country.

Before facing its own outbreak, Tehran had sent numerous aid shipments to China as it faced its peak in coronavirus cases.

Speaking on Friday, Iran’s Health Ministry spokesman Kianoush Jahanpour reported 1,499 new infections and 89 more deaths from the virus over the 24 hours to Friday.

Republican Senator Lindsey Graham has blamed Beijing for the coronavirus pandemic and has called on Washington to impose sanctions similar to those imposed on Iran, the Washington Examiner cited him as saying on Thursday.

“What did we do to Iran who is the bad actor? We sanctioned Iran. What should we do to the largest state sponsor of pandemics on the globe? We should sanction China to get them to change their behavior," he said.

Graham’s remarks blaming China for the pandemic, however, come a few days after the US military claimed that US intelligence points that the virus may have occurred naturally.