US seeks to tighten grip over Syrian oil as Damascus is busy battling COVID-19: Analyst

Prominent Arab journalist Abdul Bari Atwan has said that the US seeks to consolidate its control over Syria’s northeastern oil fields as Damascus is preoccupied with tackling the COVID-19 outbreak in the war-torn country. 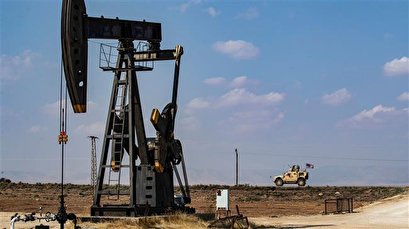 In an opinion piece published by the Arab Rai al-Youm website on Friday, Atwan said that the US and its regional allies were seeking to facilitate the looting of Syria’s oil using local mercenaries.

“Reports received from al-Hasaka in northeastern Syria indicate that the CIA has set up a recruitment and training center enlisting members of the Syrian Democratic Forces,” Atwan said of Kurdish militants.

The journalist added that the enlisted forces are given a monthly salary of $350 in order to guard the Syrian oil fields under US control.

The operations take place to allow “oil smuggling operations towards neighboring states, including Kurdish-administered Iraq and certain contractors including representatives of Israeli companies,” he said.

Atwan further noted that US President Donald Trump has on numerous occasions said that he intends to collect money from Syrian oil wells as “war spoils” and also grant a sum of it to “his Kurdish allies, specifically the SDF”.

The US plot comes as Syria is battling to slow the spread of the coronavirus in the war-wracked country.

The total number of confirmed COVID-19 cases in Syria stands at nearly 35, according to the figures released by the health ministry, which also reported five cases of recovery and two deaths.

The war-ravaged Arab country has since 1979 been under arrays of unilateral economic US sanctions, which coupled with years-long foreign-backed terrorism has seriously damaged the healthcare sector in Syria.

Citing the ultimate disbanding of the Iraqi “Sahwah” units sponsored by US forces following the overthrow of Iraqi dictator Saddam Hussein, Atwan said that the Kurdish forces will probably face a similar “lonely fate”.

“It is unfortunate that certain Kurdish groups which have counted on US support have turned into mercenaries guarding stolen Syrian oil,” he said.

“They do not learn from the past and continue the same mistakes, turning into cannon fodder for American plans,” he added.