Illegal presence of US terrorists source of insecurity in West Asia: IRGC

The Navy of Iran’s Islamic Revolution Guards Corps (IRGC) says the main source of mischief and insecurity in the region is the illegal presence of US terrorist forces, reiterating the call for the full withdrawal of all American forces from the Persian Gulf and West Asia. 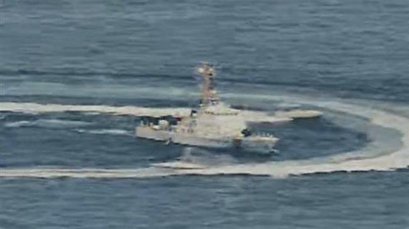 The IRGC Navy issued a statement on Sunday in response to recent claims by the US Navy that 11 Iranian ships repeatedly came close to American military vessels in “dangerous and harassing approaches” in the Persian Gulf.

“As has been said time and again, it is emphasized [once more] that the illegal presence of US terrorist regime is the [main] source and origin of mischief and insecurity in the region and the sole way to establish sustainable security in this region is the withdrawal of Americans from West Asia,” the statement read.

The IRGC added that during recent weeks, the US terrorist naval forces have repeatedly behaved in an “unprofessional” manner in the Persian Gulf, which has threatened regional peace and given rise to new risks.

"Therefore, in order to prevent the continuation of illegal, unprofessional, dangerous and even adventurist behavior of the American terrorists and also to ensure security for Iranian vessels and fight fuel smuggling, the IRGC Navy increased its marine patrols in the Persian Gulf and on Farvardin 27, 1399 [corresponding to April 15, 2019] ... dispatched a group of its vessels, comprised of 11 boats, to the region, where they came face to face with the American warships and military vessels,” it emphasized.

The statement added that although the American vessels at first ignored warnings from the IRGC boats and behaved in an unprofessional and provocative manner, they finally had to clear the way for the IRGC Navy's boats and leave the area.