Iran’s President Hassan Rouhani has described the US sanctions against his country amid a coronavirus pandemic as “a barbaric crime”, urging European countries to stand up to such inhumane measures. 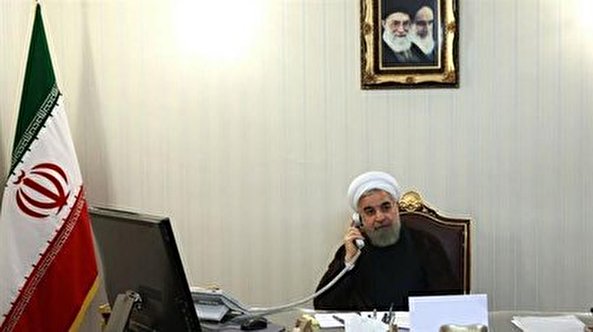 President Rouhani said on Monday that the US pressures on the Iranian people are more inhumane than ever at a time when the entire world is gripped by the coronavirus pandemic.

The continuation of such inhumane measures is a “brutal crime against a great nation and against all human principles and international regulations,” the Iranian president said in a phone conversation with Italian Prime Minister Giuseppe Conte.

Rouhani also pointed to the US’ opposition to the International Monetary Fund's granting of a loan to Iran amid the COVID-19 outbreak, and called on European countries to stand up to the US violation of international rules and regulations.

"We expect European countries, especially Italy, to take appropriate stances against such violation of the rules in these difficult circumstances,” he noted.

President Rouhani further expressed sympathy with the Italian nation and government over the toll COVID-19 has taken on the European country, and said that countries cannot overcome this difficult crisis alone without each other's help.

"We can harness the virus if we help each other and share our experiences,” the president said, expressing Tehran’s preparedness to transfer to Rome the achievements of Iranian knowledge-based companies in the fight against the virus.

Conte, in turn, expressed his sympathy with the government and people of Iran, saying, "Your problems are well understood by us because we are both gripped by a common problem.”

He also welcomed the exchange of common experiences between the two countries in the battle against the contagion.