Tehran 22 April _Iran’s President Hassan Rouhani has told the Spanish prime minister that Spain and the European Union in general should fulfill their duties and stand up to illegal US moves at a time that Washington’s sanctions have caused serious problems for the Iranian people in their fight against a new coronavirus outbreak. 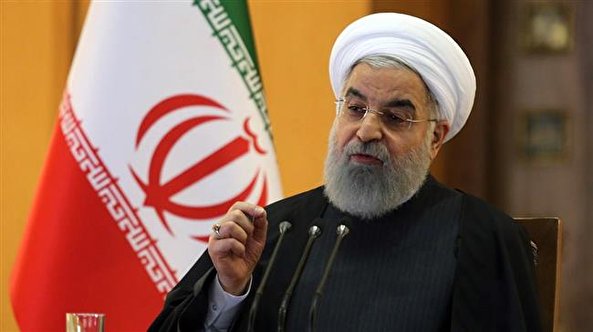 TEHRAN, Young Journalists Club(YJC)_“Under the current circumstances, relations among countries should be based on humanitarian principles and hostile policies should be confronted,” Rouhani said in a phone call with Pedro Sanchez on Tuesday.

“But we are unfortunately witnessing that the US is still intensifying its sanctions against Iran under these highly tough circumstances and is even targeting the medical sector,” he added.

He noted that the US has also voiced opposition to Iran’s request from the International Monetary Fund (IMF) for $5 billion emergency in funding to fight off the coronavirus and said “the European Union and Spain are expected to adopt a stance on this illegal move.”

The president said the Islamic Republic is ready to share its experience in the fight against the coronavirus with Spain.

Governor of the Central Bank of Iran Abdolnaser Hemmati wrote last month to the IMF to request a $5 billion emergency loan for funding Tehran’s needs to fight the novel coronavirus.

ran has been doing its utmost to contain the respiratory disease caused by the new coronavirus, COVID-19, despite the hardships caused by Washington’s cruel sanctions.

Tehran has repeatedly said it does not want Washington’s help in the fight, but wants it to lift its illegal economic sanctions so that Iran could mobilize its own resources to tackle the pandemic.

The Trump administration has not only defied international calls on Washington in recent weeks to halt its draconian sanctions on Tehran, but has even slapped more such restrictive measures on the Islamic Republic.

Washington re-imposed its sanctions on Iran in May 2018 after unilaterally leaving a historic nuclear accord with Iran and other countries that has been endorsed by the UN Security Council.

The Spanish prime minister, for his part, said Madrid believes that US sanctions have had severe impacts on Iran’s economy and the health situation of the Iranian people suffering from the coronavirus.

Sanchez added that all European countries, including Spain, oppose the unilateral US sanctions against the Islamic Republic.