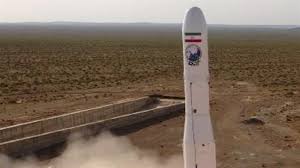 The satellite was placed into the orbit 425 kilometers above Earth’s surface.

The announcement was made on the day when the elite military force is marking the anniversary of its establishment on April 22, 1979 upon an order by the late founder of the Islamic Republic, Imam Khomeini.

Marking the occasion, Leader of the Islamic Revolution Ayatollah Seyyed Ali Khamenei expressed his gratitude towards the IRGC for its performance.

IRGC General Mohammad Shirazi, the head of the Leader’s Military Office, relayed the congratulatory message of the commander-in-chief of the Iranian Armed Forces to Major General Hossein Salami, the IRGC’s chief commander.

“Convey my regards to the IRGC personnel and their respectable families on the occasion of its founding anniversary,” the message noted. “I extend gratitude to them for their good performance and efforts. My prayers are with them.”