Tehran 23 April _US President Donald Trump is stepping up his anti-Iran threats by claiming that he has instructed the US Navy to destroy Iranian boats “if they harass” US ships in the Persian Gulf. 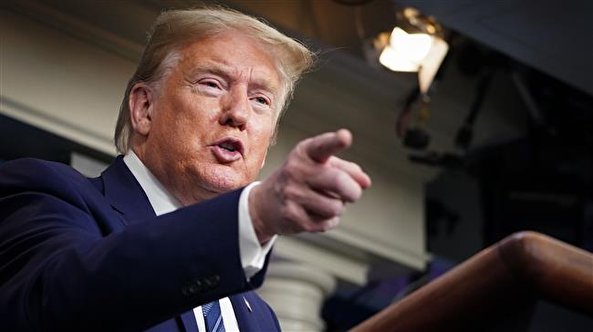 TEHRAN, Young Journalists Club(YJC)_"I have instructed the United States Navy to shoot down and destroy any and all Iranian gunboats if they harass our ships at sea," Trump wrote in a tweet posted on Wednesday morning.

The order is Trump's first reaction to a recent confrontation between US warships and Iranian boats in the Persian Gulf.

Trump posted the tweet as his administration is under unprecedented pressure over its highly criticized response to the coronavirus pandemic, prompting suggestions that his anti-Iran statement is probably meant to divert attentions from his poor handling of the crisis.

A video released by Iran’s Islamic Revolution Guards Corps on Sunday shows the IRGC Navy warning off a flotilla of US warships in the Persian Gulf as they try to approach the Iranian territorial waters.