Tehran 24 April _The Commander of Iran's Islamic Revolution Guards Corps Aerospace Division has said that the country is receiving signals from its recently launched Noor satellite and that it plans to launch a future satellite in higher orbit. 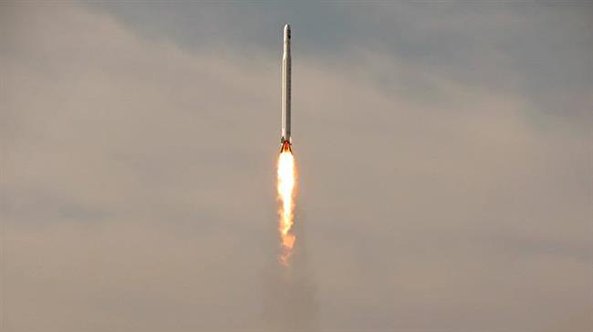 Speaking on Thursday, Brigadier General Amir-Ali Hajizadeh said that Iran had received the satellite’s signals from stations near the capital Tehran and the southeastern cities of Zahedan and Chabahar following its launch.

“We received the latest signal last night,” he added, explaining that the satellite orbits the earth every 90 minutes.

“The satellite’s configurations will be fully set in a few days allowing the satellite to attain its full operational capacity,” he added.

Iran’s first military satellite, dubbed Noor-1 (Light 1), was launched into orbit some 425 kilometers above the Earth’s surface on Wednesday.

Also in his remarks, Hajizadeh stressed the importance of space technologies in addressing Iran’s civilian and military needs.

He added that the development of the satellite was a “super project” made possible by undertaking major leaps in the technology field.

The general added that the IRGC seeks to launch a future satellite “in a higher orbit and with better performance” in the “near future”.

Solid fuel will allow for the production of smaller satellite carriers, he said.