Russia dismisses as ‘baseless’ US claims on IRGC satellite launch 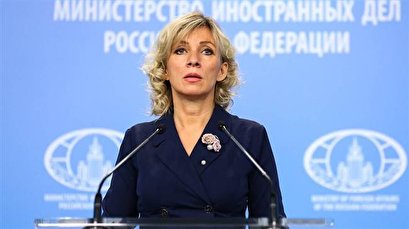 On Wednesday, the IRGC Aerospace Force launched the Nour (Light) satellite via the Qassed (Carrier) carrier, a move US Secretary of State Mike Pompeo was quick to condemn as a violation of United Nations Security Council Resolution 2231.

"This would not be the first time that a nation that has flagrantly breached the norms of international law and violated UNSC resolution 2231 is trying to deflect international condemnation by baselessly accusing Iran of noncompliance with the requirements of the Security Council," Russia’s Sputnik news agency quoted Foreign Ministry spokeswoman Maria Zakharova as saying at a briefing on Thursday.

She noted that neither the resolution nor the 2015 Iran nuclear deal restrict Iran’s right to explore space to peaceful ends.

She added that Iran has made it clear that it does not intend to develop nuclear weapons, unlike the US, which has over the past months unveiled several plans to expand its nuclear arsenal.

“There are no, there have never been, and hopefully there will never be nuclear weapons in Iran. Iran, adhering to the resolution, does not develop, test or use ballistic missiles capable of carrying nuclear weapons, unlike the United States, which surprises the world every single day with news about plans to develop their nuclear missile capabilities," she said.