Zarif: Neither US nor Europe can lecture Iran on its missile program

Tehran 25 April _Iran’s Foreign Minister Mohammad Javad Zarif says neither the United States nor its European allies, with their ‘flimsy’ misreading of the landmark nuclear deal of 2015, is allowed to ‘lecture’ the Islamic Republic on its missile program. 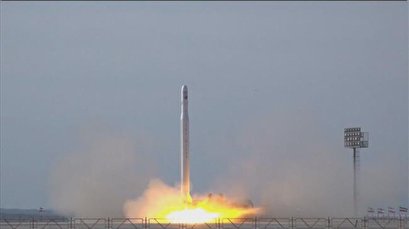 TEHRAN, Young Journalists Club(YJC)_“US has been bullying all against UNSC Resolution 2231 since 2017. Europe obeyed US instead of 2231,” Zarif said in a posting on Twitter on Friday.

He added that neither the United States nor Europe can lecture Iran based on flimsy misreadings of Resolution 2231.

"Iran neither has nukes nor missiles 'DESIGNED to be capable of carrying' such horrific arms," the top Iranian diplomat stated.

He attached a number of images and screenshot photos of documents and newspapers about the significance of nuclear weapons and the budget allocated to the construction of nuclear warheads by the US and some European countries and questioned who is in fact proliferating nukes and violating international resolutions.

Zarif's tweet came in response to allegations leveled by Mark Pompeo, the US Secretary of State, claiming on Wednesday that "Iran needs to be held accountable for" the launch of a military satellite, adding that the action was not consistent with the Security Council Resolution 2231.