IRGC's satellite launch proved Iran stronger than before: US Senator

Tehran 25 April _A US senator says Iran's recent satellite launch proved that the policies adopted by President Donald Trump have strengthened Iran and weakened America in the Middle East compared with four years ago. 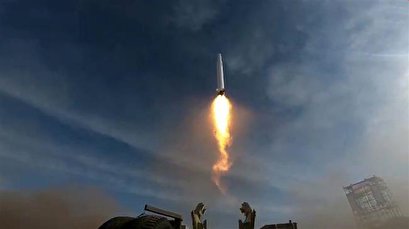 "In virtually every way, Iran is stronger today in the Middle East, and America is weaker, than 4 years ago," he noted, elaborating on how "disastrous" Trump's policies have been since he took office in 2016.

The IRGC successfully placed the Islamic Republic’s first ever military satellite in its designated orbit on April 22, using a rocket which is also the country’s first three-stage launch vehicle to successfully deliver its load.

In his Twitter thread, the US senator accused Iran and its allies in the region of "shooting at US troops on a regular basis", and blamed it on Trump's policies.

Referring to the US assassination of Iranian top anti-terror commander Lieutenant General Qassem Soleimani in Baghdad, Murphy said the killing was supposed to "deter" Iran, according to Trump, but it resulted in further attacks on US troops.

The top senator pointed to Trump's termination of the 2015 nuclear deal between Iran and world powers, saying that the US president's policy has "failed miserably".

"Nobody signed up for the new sanctions, and Iran restarted their nuclear program. And no new, better deal," he added.