Pandemic grows, most Muslim states usher in Ramadan under lockdown

Tehran 26 April _ Global coronavirus cases are expected to hit 3 million in a few days, and the death toll from COVID-19 has passed the 200,000 mark, according to a Reuters tally. 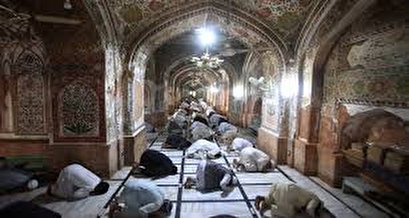 TEHRAN, Young Journalists Club(YJC)--More than half of the fatalities linked to the virus have been reported in the United States, Spain, and Italy.

The virus first emerged in China late last year and quickly spread to the rest of the world.

The United States, which is the worst hit country in the world, has reported more than 52,400 deaths as of Saturday morning.

More than 7,000 deaths have been reported in Asia and Latin America, each.

The Middle East has reported upwards of 8,800, and Africa’s current recorded fatality toll is around 1,350, according to Reuters.

The true figure, however, is expected to be higher, as many governments have not included deaths recorded in nursing homes and other locations outside hospitals in their tallies.

The global death toll continues to grow at a rate of 3-4 percent, and currently 2,921,439 known cases of the disease have been reported.

In Europe, some of the hardest-hit countries have now started easing strict lockdown restrictions.

Spanish Prime Minister Pedro Sanchez said on Saturday that his government had decided to loosen lockdown restrictions at different speeds across different regions.

The move came as figures confirmed that the daily death toll was running well below the peak seen early this month.

“We will not suddenly recover activity across all sectors,” Sanchez said. “The de-escalation has to be gradual and asymmetric... We won’t all advance at the same pace but we will follow the same rules.”

For the first time since a state of emergency was declared in mid-March, children under 14 will be allowed one hour of supervised outdoor activity per day between from Sunday.

French Prime Minister Edouard Philippe is also set to present the government’s plan to unwind the country’s lockdown to parliament on Tuesday, according to his office.

His statement next week will be followed by a debate and a vote.