Trump expanding war on WHO far beyond aid freeze as he seeks COVID-19 scapegoat: Report

Tehran 26 April _ The Trump administration is aggressively attacking the World Health Organization (WHO) as the US president seeks to deflect criticism of his handling of the coronavirus pandemic, according to a report. 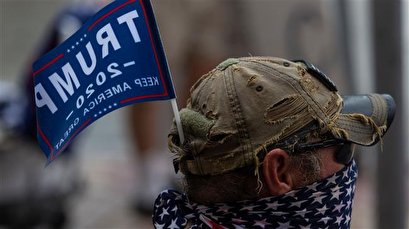 TEHRAN, Young Journalists Club(YJC)-Last week, President Donald Trump put a 60-day hold on funding for the WHO and ordered a review of the world body which he has accused of mismanaging the outbreak.

However, steps taken by Trump and his officials go beyond the suspension of aid, The Washington Post reported, citing American and foreign officials involved in the discussions.

At the State Department, coronavirus fact sheets presented by officials are skipping references to the WHO, while Secretary of States Mike Pompeo has directed department employees to “cut out the middle man” when it comes to public health plans the US previously supported through the world body.

The US is instead looking to redirect the WHO funding to non-government organizations dealing with public health issues, US officials told the newspaper.

“The Secretary has asked the State Department and USAID to identify and utilize alternative implementers for foreign assistance programs beyond the WHO,” according to a memo sent to State Department employees in recent days and seen by the Post.

The Trump administration has also delayed a UN Security Council resolution being advanced by France, because it disagrees with language in the draft expressing support for the WHO, according to European officials familiar with the matter.

Furthermore, the White House is also encouraging US allies to cast aspersions on the WHO’s credibility and push unsubstantiated claims that its employees frequently enjoy “luxury travel.”

“It has been impossible to find a common ground with the US about the views on the work and role of WHO,” a senior European official told the newspaper on the condition of anonymity.

President Trump, who spent crucial period in February and early March downplaying COVID-19, is now claiming that the pandemic would have been contained with little death, is now desperately seeking a scapegoat to shift the blame as the US leads the world on fatalities.