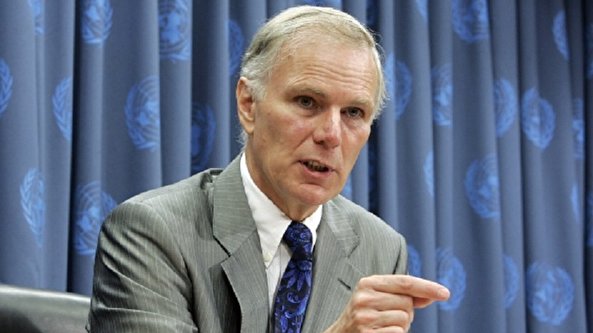 TEHRAN, Young Journalists Club(YJC)-The UN rapporteur on extreme poverty, who in 2018 issued a blistering attack on Conservative welfare policy, also said that globally “the most vulnerable have been short-changed or excluded” by official responses to the disease, which had claimed over 203,670 lives by Sunday evening, according to Johns Hopkins University.

“The policies of many states reflect a social Darwinism philosophy that prioritizes the economic interests of the wealthiest while doing little for those who are hard at work providing essential services or unable to support themselves,” Alston said, warning that the pandemic could push more than half a billion additional people into poverty globally.

“Governments have shut down entire countries without making even minimal efforts to ensure people can get by,” he said. “Many in poverty live day to day, with no savings or surplus food. And of course, homeless people cannot simply stay home.”

He highlighted how the most vulnerable populations had been neglected, which “forces them to continue working in unsafe conditions, putting everyone’s health at risk.” And he warned that, while some nations were seeing curves flattening, the virus was “poised to wreak havoc in poorer countries”.

“As for the UK,” Alston told the Guardian, “my thoughts of course hark back to the sense of how utterly hypocritical it is now to abandon ‘austerity’ with such alacrity, after all the harm and misery caused to individuals and the fatal weakening of the community’s capacity to cope and respond over the past 10 years.

“And of course, many of the worst and most damaging aspects of ‘austerity’ cannot and will not be undone. The damage caused to community cohesion and to the social infrastructure are likely to prove permanent.”

His comments are likely to anger ministers in the UK, who have said their strategy is to put their “arms around every single worker” while adopting an “everyone in” policy to tackle the risk to rough sleepers. They have sanctioned huge cash injections into wages and businesses to prevent economic collapse, and the chancellor, Rishi Sunak announced £14bn for the NHS and local authorities fighting the virus.

But other parts of the social fabric have been stretched. Food banks, which give out at least 1.6m parcels a year, have lacked supplies while care homes, where thousands are dying from Covid-19, have struggled for essentials including PPE and to maintain staffing levels. There have been real-terms cuts in public funding of social care in the UK, according to the King’s Fund thinktank, with a £700m reduction between 2011 and 2018.