Syrian air defenses have thwarted an Israeli aggression, and shot down a number of “hostile” missiles in the skies over the capital, Damascus, before reaching their targets. 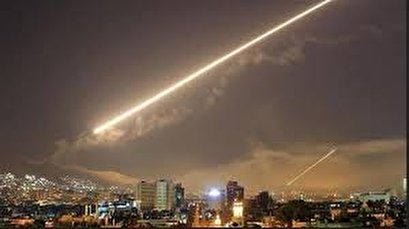 The official Syrian Arab News Agency (SANA) reported that the incident took place in the early hours of Monday.

According to the report, the Israeli missiles came from the Lebanese airspace.

Last Monday, the Syrian air defenses intercepted a number of Israeli missiles over the ancient city of Palmyra in the central province of Homs, and downed “a number of enemy’s missiles”.

Back then, Israeli media claimed that the target site was the T4 base in Homs, a base that Israel has attacked a number of times in the past.

Israel's aggressive moves have been viewed by observers as an attempt to weaken the Damascus government as it increasingly gains the upper hand in its fight against terrorist groups.

Syrian government forces have taken back many areas once controlled by the terrorist groups. The government and allied forces are currently busy fighting last bastions of militants in the northwestern province of Idlib and areas in the neighboring Aleppo province.