Tehran 28 April _Diplomatic sources at the United Nations say Washington has a tough challenge ahead at the Security Council (UNSC) if it pushes for an extension of the world body’s arms embargo against Iran through recourse to a process set out in a multilateral nuclear deal that the US controversially abandoned in 2018. 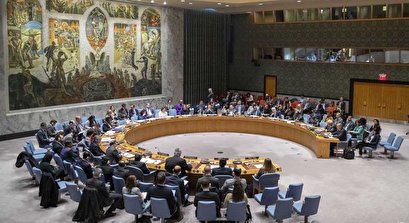 However, the US unilaterally withdrew from what President Donald Trump called “the worst deal ever” in May 2018 and re-imposed anti-Iran sanctions. It has also been coercing the remaining signatories to the JCPOA to follow suit.

Under UNSC Resolution 2231, the UN arms embargo on Iran — in place since 2006/2007 — will be lifted in October 2020. The US has repeatedly expressed its anger at the possible termination of restrictions on Iran’s import and export of arms.

On Tuesday, diplomats told Reuters that Washington is planning to use a threat to trigger a return of all UN sanctions against Iran as leverage to get the Security Council to prolong the arms embargo on Tehran.

A US official, who was speaking on condition of anonymity, said Washington has shared its strategy with Britain, France and Germany, who are permanent Security Council member states and parties to the Iran deal.

The diplomats said the scheme has not been shared with the remaining 11 council members, including veto-wielders Russia and China, the two other signatories to the JCPOA that are deemed certain to oppose the arms embargo on Iran.

Reports say if the Security Council refuses to revive the embargo, the US will try to trigger a so-called snapback of all UN sanctions on Iran by claiming that it is still a party to the JCPOA and that Iran is in significant violation of the nuclear pact.