The number of confirmed coronavirus cases worldwide has now exceeded three million, while some countries are easing restrictions imposed to curb the spread of the disease caused by the new virus (COVID-19). 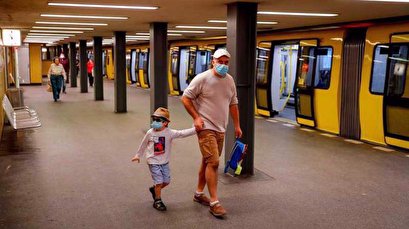 According to a Reuters tally, an average of 82,000 cases have been recorded per day in the past week.

The data also showed that the virus has killed more than 205,000 as of Monday.

Mainland China, where the virus first emerged, recorded six new coronavirus cases on Monday, bringing the total number to 82,836. The daily figure marked a rise in infections, as only three cases had been reported a day earlier.

The National Health Commission said in a statement on Tuesday the number of imported cases involving travelers from abroad increased to three on Monday from a day earlier. The number of symptom-free cases also jumped to 40 on Monday from 25 the previous day.

Meanwhile, the ruling Communist Party’s official People’s Daily said that 20 new imported cases, all Chinese nationals who had arrived on an Air China flight from Moscow, were reported in the northwestern province of Shaanxi between 8 am local time (0000 GMT) Monday and 8 am Tuesday.

According to the report, five cases were also reported as asymptomatic among other passengers.

The virus has killed 4,633 in the mainland so far.

China will keep coronavirus testing focused on high-risk groups, including people from infected areas such as schools and hospitals or showing symptoms, the head of a top state research institute said on Monday, ruling out widespread testing.

The number of infections with the new coronavirus in Russia jumped to 87,147, after 6,198 new cases were reported on Monday.

The death toll from the virus has also increased by 794, amid reports that Moscow plans to open two 1,500-bed hospitals in the Defense Ministry's Patriot museum and in the Crocus exhibition center.

The city of St. Petersburg is also turning Lenexpo, which used to host Russia’s top economic forum, into a temporary 1,000-bed hospital.