His warnings unheeded, Iranian scientist contracts coronavirus in US jail

Tehran 29 April _An Iranian scientist — who remains behind bars in the US despite having been exonerated in a sanctions trial — has contracted the new coronavirus after he repeatedly drew attention to his fragile health and called for his release from the “dirty” and “overcrowded” jail facility. 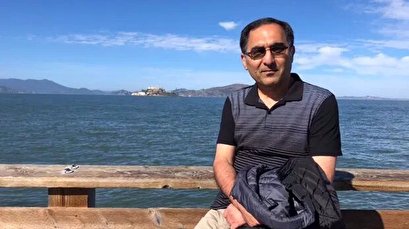 He has repeatedly pleaded for release since March, complaining about unsanitary detention conditions and overcrowding at the Louisiana facility, where he is being kept.

Coughing violently and suffering from a fever, Asgari told the paper in a phone call that the detention center was even taking in more inmates rather than releasing some as a precaution to stop further spread of the outbreak.

He also said the US Immigration and Customs Enforcement (Ice) had refused to notify him about his positive test results, adding that he only learned about his infection from his lawyers and family members on Tuesday.

“It makes sense to send me to the hospital as soon as possible. I don’t trust them at all,” the 59-year-old said. “If something happens, they are not fast responders … I prefer to leave this dirty place.”

The detainees are responsible for all the cleaning at the detention facility,” where there is a single shower and only two toilets for all 44 of them to share,” the daily reported.

Ice, however, has told Asgari’s lawyers he would only be released to a hospital if he was struggling to breathe.

Asgari was arrested in the United States in mid-2017. Back then, the FBI alleged the scientist had shared information about a project he had conducted on a sabbatical in the US five years before with his students.

His wife, though, said in an interview in late March that the findings of the project had been published and made available on the Internet afterwards, which means there was nothing secret about the project. US legal authorities then charged him with withholding information in the process of visa application, circumventing the sanctions, and transferring technology to Iran.