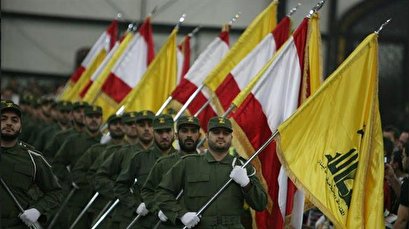 Berlin on Thursday designated Hezbollah as a “terrorist organization,” banned all its activities in the European country and ordered raids on sites police claimed were linked to the movement.

The spy agency, the television, said, had carried out a months-long delicate operation to assess the movement's operations in Germany and presented its findings to German intelligence and law agencies.

“The move is the result of many months of work with all parties in Germany. The heads of services were required to present explicit evidence and legal proof… linking the organization to significant terrorist activity, and that is what we did,” one official said.

According to the official, head of the German intelligence organization BND Bruno Kahl is a close friend of Mossad.

Berlin has been a longtime backer of Israel, providing billions of dollars in aid enabling the occupation of Palestine in the name of reparations for Jewish persecution by the Nazi Germany.

On Thursday, Israel was effusive in its praise of Germany, with the regime's foreign minister Israel Katz hailing the blacklisting as a "very important decision".

Iran, Syria, Yemen, Palestinians and Iraqis, however, condemned the blacklisting, saying it had been the result of pressure by the US and Israel.