Tehran 03 May _Iran's top security official has warned that the 2015 nuclear deal will “die forever” if Security Council Resolution 2231 that endorsed the accord is circumvented and a UN arms ban on Tehran is renewed. 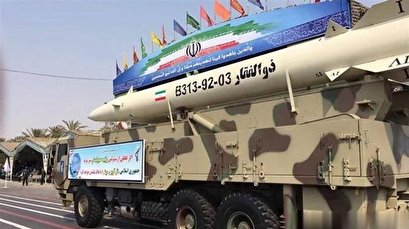 In a post on his Twitter account on Sunday, Secretary of Iran's Supreme National Security Council (SNSC) Ali Shamkhani reacted to recent US efforts to indefinitely prolong the UN-imposed arms embargo on Iran before it expires in a few months.

“#JCPOA will die forever by circumventing 2231 Resolution & continuing #Iran's illegal weapons sanctions. Sanctions' virus is the US tool for survival of its declining hegemony,” he wrote, referring the nuclear agreement by its formal name, the Joint Comprehensive Plan of Action.

Shamkhani also reprimanded Europe which has failed to fulfill its obligations under the nuclear deal so far, casting gloom over how the bloc would react to the new American shenanigans.

“What will #EU do: Save dignity & support multilateralism or Accept humiliation & help unilateralism?” he asked.

The United States says it has shared with Britain, France and Germany, the three European signatories to the JCPOA, a draft resolution that would indefinitely extend the embargo.

The motion needs nine votes in favor and no vetoes by the US, Britain, France, Russia or China to be adopted, but the latter two, which are both parties to the JCPOA, are widely believed to block it.

To circumvent the veto, the US says it will argue that it legally remains a “participant state” in the nuclear deal only to invoke a “snapback” that would restore the UN sanctions, which had been in place against Iran prior to the JCPOA’s inking.

This is while the US unilaterally withdrew from the JCPOA in May 2018 and re-imposed the anti-Iran sanctions that had been lifted under the agreement.

On Friday, Iran’s Ambassador to the UN Majid Takht-Ravanchi said US officials’ calls for an extension of the Iran arms embargo lack legal standing, describing Washington’s claim to be a JCPOA party “a joke."