Palestine to cancel all Israel, US deals if annexation plot goes ahead: Abbas

Tehran 05 May_President Mahmoud Abbas says Palestine will nullify all agreements with the United States and Israel if Tel Aviv annexes any part of the occupied West Bank, urging the international community to block attempts by the regime to exploit the coronavirus outbreak and steal more Palestinian land. 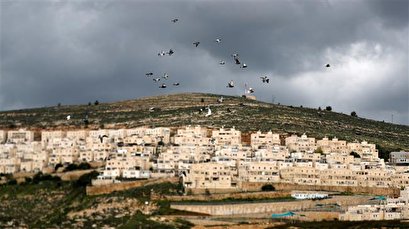 “We have informed all international parties that should Israel take this step, we will be absolved of all obligations, agreements and understandings with Israel and the US administration,” he said on Monday in an address to a virtual meeting of the leaders of the Non-Aligned Movement (NAM) Contact Group.

The remarks came shortly after Israeli Prime Minister Benjamin Netanyahu’s Likud Party submitted a bill to the parliament (Knesset) that calls for the imposition of Tel Aviv’s “sovereignty” over the Palestinian regions of the Jordan Valley, the northern Dead Sea area and the occupied West Bank.

Abbas urged the world community, including NAM and Security Council member states, to “uphold their responsibilities in ensuring the applicability of international law, and to prevent the Israeli government from taking advantage of the pandemic to move ahead with its plans to annex parts of the Palestinian territory occupied in 1967, in violation of the Palestinian people’s rights and in grave breach of international law, thus destroying any remaining chance for realizing the two-state solution and establishing a just and lasting peace and security.”

He also stressed that the coronavirus outbreak in Palestine has been compounded by Israel’s “oppressive measures and colonial policies” as well as the detention of thousands of Palestinian prisoners.

“We call upon you to press the Israeli government to release our Palestinian prisoners, and we hold Israel responsible for their safety and lives,” he noted.

The Israeli regime has been sharply emboldened by US President Donald Trump’s pro-Israel polices, the latest of which is a contentious plot unveiled in January with the aim of legitimizing Israel’s occupation and re-drawing the Middle East map.