Trump's hatred of Democrats reflected in his paranoia

Tehran, 07 May_It’s hard to say whether Trump is simply a paranoid or he’s a master of messaging for his base when he says the Democrats want his policies on fighting the corona virus to fail. He’s correct in saying that the House is a bunch of Trump haters but he’s used that since Day 1 of his presidency when talking about the Democratic caucus, whether they be in the minority or now a majority. 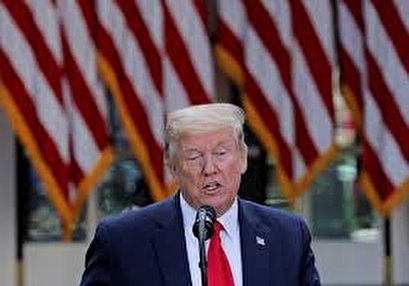 All along he’s been playing to his base on this as to make the equivalence of Trump hater to hating you, the Trump supporter.

No president in living memory has been as openly vitriolic in his hatred of the opposing political party. This president even believes that the Democrats don’t just want his policies to fail but for millions to die so that he would be blamed.

The irony is that regardless of what he believes the Democrats want, Trump is successful in increasing the death rate of the virus.

He contradicts the medical experts on his team and prescribes to his gullible supporters methods that are clearly toxic, as toxic as he is as president. Now, because the medical professionals on his team try to counter his dangerous idiocy, he is disbanding the team and minimizing their role.

Additionally, he is promoting large gatherings and even insurrection against Democratic governors with his army of libertarian misogynists, as many of their targets are women in power.

One thing that this president also cannot stand is others in high office upstaging him. We’ve seen that in his dealings at international gatherings of heads of state but also here at home when former President George Bush gave a 3 minute healing video, calling on all Americans to act as one to fight the epidemic.

Showing compassion and unity is not in the Trump playbook and he does everything possible to show contempt for people who are obviously his betters, and who try to bring people together.

We are dealing with a spoiled brat of a child-president and during this epidemic, that is a disastrous recipe for further death and isolation.