Tehran, 07 May_Israel’s top court has ruled that Prime Minister Benjamin Netanyahu can legally form a new coalition administration while facing criminal indictments, a decision that appears certain to secure his grip on power. 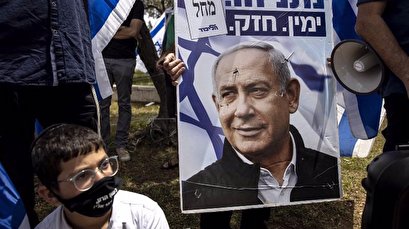 In a ruling late Wednesday, Israel’s supreme court refused to bar Netanyahu, who faces corruption charges, from forming a cabinet, clearing the last major obstacle to his claiming a record fifth term as Israel’s premier.

The 11-judge panel dismissed a call by eight petitioners, a mix of advocacy groups and opposition figures, to block Netanyahu due to his legal troubles.

Judges expressed strong opposition to both Netanyahu’s continued rule and the coalition deal but said it would not get in the way of either.

“We did not find any legal reason to prevent MK (Member of Knesset) Netanyahu from forming a government,” the court said.

“The legal conclusion we reached does not diminish the severity of the pending charges against MK Netanyahu for violations of moral integrity and the difficulty derived from the tenure of a prime minister accused of criminal activity,” it added.

Critics argue that an outcome in favor of Netanyahu, who has fought for the past year to keep his seat in high office, would undermine public trust in the regime.

Following the decision, Netanyahu’s Likud Party and former military chief Gantz’s Blue and White alliance “concluded” the establishment of the administration and said the swearing-in ceremony would be on May 13.

Earlier on April 20, Netanyahu and Gantz, a former military chief, agreed on the formation of an “emergency” coalition administration, averting what would have been a fourth consecutive election in the occupied territories in just over a year.

The coalition agreement envisions Netanyahu remaining in power for the first 18 months, after which Gantz would assume the role of prime minister for the next 18 months.

One of the primary challenges facing the new coalition cabinet is the economic hardships that have worsened with the spread of the coronavirus epidemic, resulting in skyrocketing unemployment.