Iran urges US to end its ‘abject unilateralism'

Tehran, 08 May_ Iran says the United States must stop seeking to secure its short-term interests at the cost of other nations' long-term prosperity. 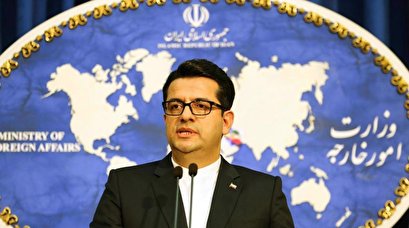 JCPOA is neither the first nor the last of the multilateral achievements Trump withdrew from,” said Iran's Foreign Ministry spokesman Abbas Mousavi in a tweet on Friday, referring by acronym to the Joint Comprehensive Plan of Action, the 2015 nuclear deal between Tehran and world powers, from which US President Donald Trump withdrew in 2018.

"The US regime has sought to secure its short-term interests at the cost of nations' long-term prosperity,” Mousavi added.

“The regime must END its abject unilateralism,” he said, adding that the “irresponsible” US can never be trusted.

With the date looming, the US has shared with some members of the Security Council a draft resolution to prolong the arms embargo indefinitely.

To circumvent China and Russia’s veto of the resolution, which are both parties to the JCPOA, the US will argue that it legally remains a “participant state” in the deal only to invoke a “snapback” that would restore the UN sanctions, which had been in place against Iran prior to the JCPOA’s inking.

However, both Iran and the three European signatories to the 2015 nuclear deal– Britain, France and Germany –agree that the US is no longer a party to the accord and thus not entitled to push for the extension of a UN arms embargo on Tehran.