Tehran, 08 May_ The Home Office chartered a private plane to deport dozens of EU nationals during lockdown, despite government stay-at-home instructions stating that people should not fly unless it was essential. 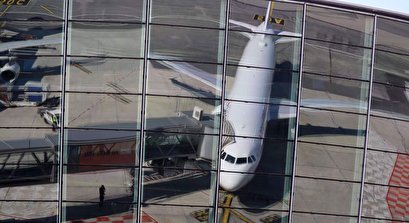 The private jet, understood to be from Titan Airways, took off from Stansted last Thursday, 30 April. The flight to Poland was chartered at a time when air travel had fallen by 95%.

A woman on the flight said there were about 35 passengers, accompanied by around 40 to 50 Home Office escorts and plane crew.

The woman, who was placed into quarantine on her arrival in Poland, questioned whether it could be defined as “essential travel” and said it was impossible to adhere to physical distancing rules during the flight.

“We were given masks but some people took them off. It was impossible to maintain the two-metre social distancing rule on the plane. People were walking up and down the aisles brushing against each other all the time. One member of staff said to me after the flight landed in Poland: ‘If one of us doesn’t get Covid after this flight it will be a miracle.’ It was all a bit scary.”

The Home Office said distancing rules were adhered to on the flight.

The plane was chartered at a time when no consensus had been reached by airlines about how to safely restart flying for the public.

The woman said she had lived in the UK for a decade, working in a restaurant, and had served six months in jail for a minor offence.

“I suffer from depression and PTSD and have had to leave my brilliant 11-year-old son behind. Although this flight was a voluntary return, I did not want to go.”

She said none of the passengers were tested for Covid-19 before boarding the plane.

On Thursday Colin Dobell, the managing director and founder of Mitie Care & Custody, the largest provider of immigration detention services to the Home Office, told the home affairs select committee that he had recently contacted the Home Office to ask for routine Covid-19 testing for immigration detainees.

People in immigration detention have access to solicitors, although mostly by phone rather than face-to-face visits during the lockdown. The woman deported to Poland said she had not been able to contact her solicitor, so felt she had no choice but to board the flight.

James Wilson, the deputy director of Detention Action, which supports people held in immigration detention, said: “At a time when the official government advice is that we don’t fly, it is staggering that the Home Office thought it appropriate to charter a private plane removing people to Poland.