Tehran, 08 May_ North Korea has lashed out at the South over recent “provocative” military drills, while leader Kim Jong-un sends a message of congratulation to China’s president for his success in the battle against the coronavirus pandemic. 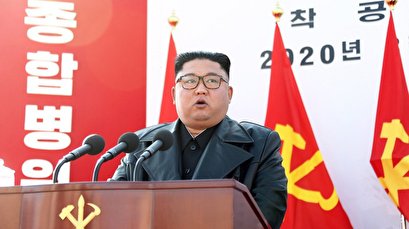 A North Korean military representative said on Friday that Seoul’s war games, conducted on Wednesday, were a “grave provocation” that demands an appropriate response from Pyongyang, according to a statement carried by Korean Central News Agency (KCNA).

“The recent drill served as an opportunity which awakened us once again to the obvious fact that the enemies remain enemies all the time,” it said.

It said that the relations were “now going back to the starting point before the north-south summit meeting in 2018.”

North Korea has been involved in diplomacy with the South since 2018. The rapprochement between the long-time rivals led to diplomacy between Washington and Pyongyang, with Seoul acting as a broker.

Pyongyang has accused Seoul of failing to carry out agreements reached between the two Koreas and harming relations by depending on the United States in resolving inter-Korean issues.

The South’s President Moon Jae-in and Kim had already pledged to work toward peace and denuclearization of the Korean Peninsula.

However, the North and South involved in a new wave of tensions after the exchange of gunfire on the border on Sunday.