Tehran, 08 May_ The US Senate has failed in its bid to override President Donald Trump’s veto of a war powers resolution aimed at reining in his authority to use military action against Iran without congressional approval. 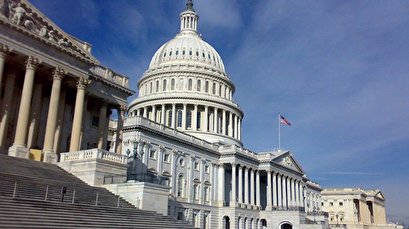 On Wednesday, Trump vetoed the resolution, terminating the lawmakers’ efforts to keep his Iran war powers in check.

“This was a very insulting resolution, introduced by Democrats as part of a strategy to win an election on November 3 by dividing the Republican Party,” Trump said. “The few Republicans who voted for it played right into their hands.”

On Thursday, the Senate attempt was defeated with 49 senators voting in favor of the override and 44 opposing. The measure, however, needed two-thirds support to be approved.

The resolution called for "the President to terminate the use of United States Armed Forces for hostilities against the Islamic Republic of Iran or any part of its government or military, unless explicitly authorized by a declaration of war or specific authorization for use of military force against Iran."

Its chief sponsor, Democratic Sen. Tim Kaine of Virginia, described the measure as an important reassertion of congressional power to declare war, saying it was not about Trump or even the presidency.

“It's not insulting. It's our job,'' he said ahead of Thursday's vote, adding the measure was introduced "to stop an unnecessary war.''

“Congress needed to stand up in a bipartisan way to make plain that this president should not get into a war with Iran, or any war, without a vote of Congress,” said Kaine. “Congress has expressed what is the popular will.”