Tehran, 09 May_The administration of US President Donald Trump is moving to expand immigration restrictions, according to a latest report. 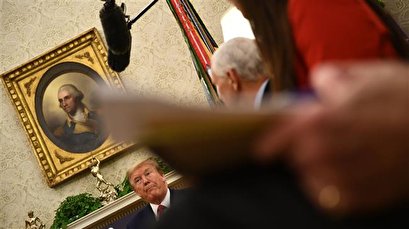 "The president's immigration advisers are drawing up plans for a coming executive order, expected this month, that would ban the issuance of some new temporary, work-based visas," the Wall Street Journal reported on Friday.

Trump and his team have been pushing to tighten immigration laws to prevent foreigners and specialized work force from entering the US.

"The order is expected to focus on visa categories including H-1B, designed for highly skilled workers, and H-2B, for seasonal migrant workers, as well as student visas and the work authorization that accompanies them," it said.

Analysts believe that after temporarily closing borders and curtailing immigration in response to the coronavirus pandemic, now senior administration officials assume that the public will be willing to accept further limitations on immigration.

"The coming changes, the administration has suggested, will build on this April action," WSJ wrote.